Meet our jazz expert and booking agent, Kevin Jones! If you are interested in performing at GRNoir, please send us an email: jazz@grnoir.com. 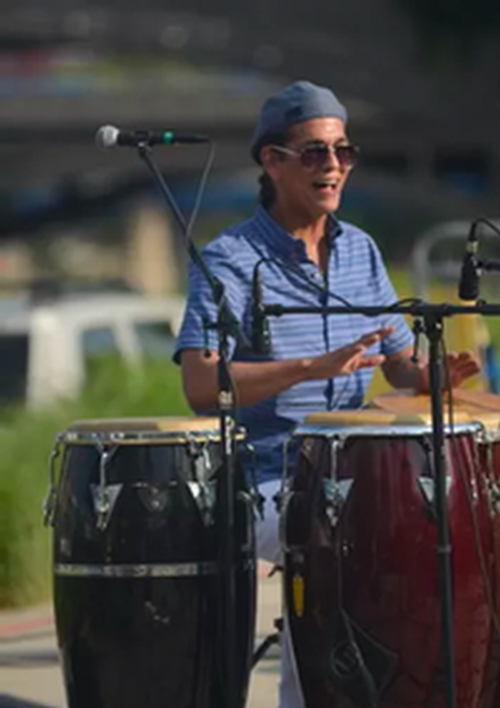 Kevin Jones is a percussionist, band leader, producer, educator. A native of Englewood, New Jersey, Kevin grew up in a household immersed in jazz, soul, gospel and blues, from Charlie Parker and Lou Rawls to Nat King Cole and Mahalia Jackson, along with the pop and R&B legends of the times.

Currently, Kevin continues to teach children in underserved communities; a passion in which he relentlessly pursues.